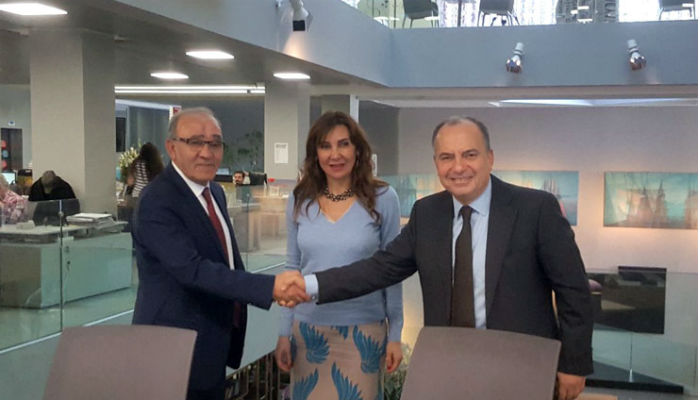 Hürriyet’s former Editor-in-Chief Sedat Ergin on Wednesday handed over his post to journalist Fikret Bila after the daily came under severe criticism from government circles for a report published on Saturday about the army-government relationship.

Hürriyet has attracted widespread criticism from President Recep Tayyip Erdoğan as well as Prime Minister Binali Yıldırım and other government figures for the report and has been accused of trying to create tension between the government and the military.

Hürriyet reporter İsmail Saymaz shared photos from the handing-over ceremony from his Twitter account on Wednesday as he wrote: “Sedat Ergin has just handed over his post to Fikret Bila at a ceremony attended by [Hürriyet Chairwoman] Vuslat Doğan Sabancı.”

Releasing a statement on Tuesday, Hürriyet said: “We never imagined such a meaning would be attributed to this headline. Such a deliberate act is out of the question. Even if there was no such intention, the ‘military is restless’ headline could be seen as an editorial mistake. We are sorry for it.”

Hürriyet’s statement came following remarks by President Erdoğan, who said the daily would pay a heavy price for writing such a story which he said was aimed at pitting the government and the military against each other.

In the meantime, Turkish media reports claimed on Wednesday that Hürriyet’s Ankara Representative Fırat quit her job due to the outrage over her story, but the daily’s administration has not yet decided whether to accept the journalist’s resignation.