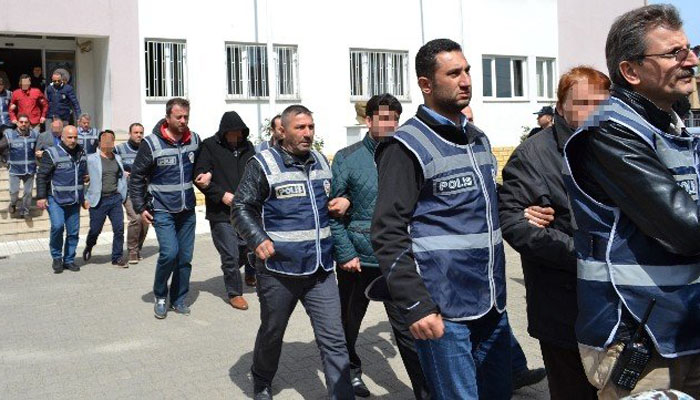 A total of 30 police officers were detained as part of ongoing operations throughout Sunday targeting alleged followers of the Gülen movement due to their use of a smart phone application known as ByLock.

According to the Hürriyet daily, the operations, which were based in the eastern province of Ağrı, were conducted across 26 provinces, including Sivas, İstanbul, Antalya, Diyarbakır and Hakkari.

The detained police officers had already been dismissed by means of recent decrees issued by the Turkish government in the aftermath of the coup attempt. (Turkey Purge)