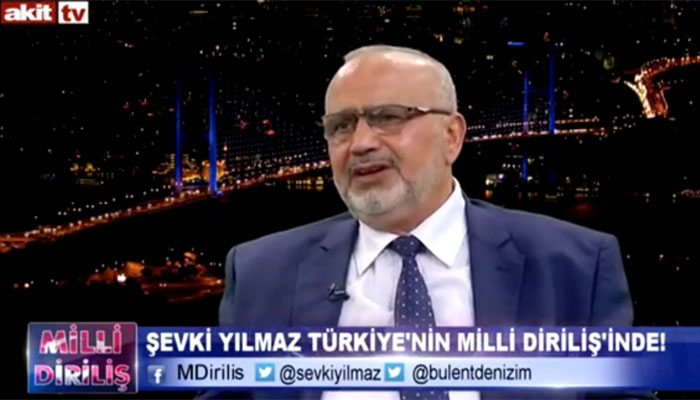 Şevki Yılmaz, a former Welfare Party (RP) deputy and presently a columnist for the pro-government Yeni Akit daily, said on Wednesday that whatever the “no” camp does, the “yes” side will emerge victorious in a referendum on April 16 that will switch Turkey to an executive presidency because a saying of the Prophet Muhammad indicates their victory.

Speaking during a program on Wednesday night on the pro-government Akit TV, Yılmaz said that not only the Muslim world but also all oppressed people on earth need Turkey.

Underlining that a saying of the Prophet Muhammad points out that the “yes” votes will win in the referendum, Yılmaz noted that good news was promised that God decided to nominate Turkey to be the mother of humankind.

“… there is a hadith, there is good news promised that tells how [yes votes] will emerge with a victory in the April 16 [referendum]… This is destiny. God has decided to nominate Turkey to be the mother of humankind. No one can stop it,” he said.

Turkey will hold a referendum on a constitutional amendment package on April 16 to switch from a parliamentary system of governance to an executive presidency that will enormously expand the powers of President Recep Tayyip Erdoğan.

Several members of ruling Justice and Development Party (AKP), pro-Erdoğan columnists and people in government circles have loudly voiced that Erdoğan will be the caliph of the Muslim world after Turkey implements the executive presidency.