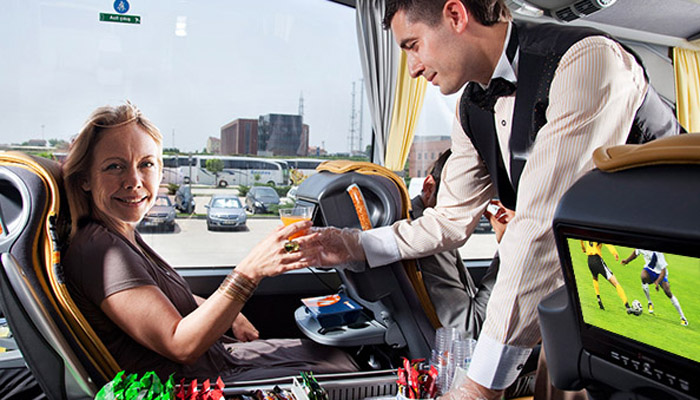 A bus steward on a coach traveling from Adana to Ankara was briefly questioned by police after a passenger complained about him putting a newspaper with a photo of President Recep Tayyip Erdoğan on the floor.

According to a story in the Birgün daily on Friday, the bus steward put some newspapers on the floor of the bus since it was wet after being washed.

When passengers started getting on the bus before it left Adana, a passenger warned the steward, telling him to get the newspaper off the floor as it had a picture of Erdoğan.

Following an argument between the passenger and the steward, the bus departed for Ankara; however, it was stopped by police near the Salt Lake in Konya.

Police took the steward to a police station for questioning.

After his release, the steward went back to the bus and continued the journey to Ankara.

Since Erdoğan was elected president in August 2014, at least 2,000 cases have been launched against individuals including journalists, academics, teachers and even teenagers on the grounds that they insulted the president. People face legal action mostly because of their critical messages on social media against Erdoğan.