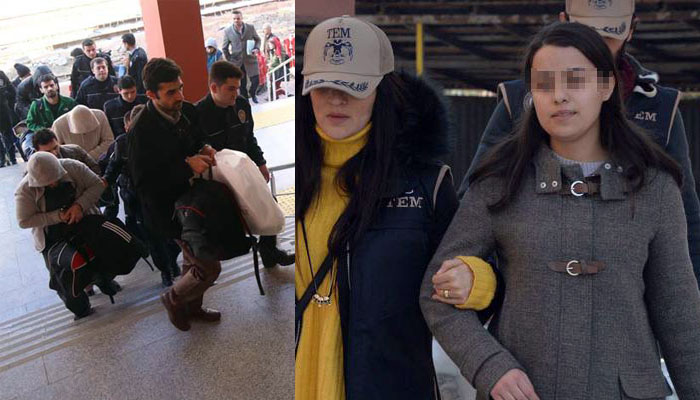 Nine engineers from the Scientific and Technological Research Council of Turkey (TUBİTAK) and a female judge were arrested on Thursday over links to the faith-based Gülen movement, which Turkish authorities accuse of masterminding a failed coup attempt last July.

A female judge, identified by the initials N.Ş.D., is accused of using of a smart phone application known as ByLock, which Turkish authorities say is the top communication tool among the followers of the Gülen movement. She was reportedly among the 227 judges who were dismissed by the Supreme Board of Judges and Prosecutors (HSYK) on Feb. 20.

Meanwhile, nine arrested TÜBİTAK members were among 24 others who were detained on Feb. 16 in Kocaeli, İstanbul and Ankara.

Some 4,000 judges and prosecutors have lost their jobs, and many of them have been arrested since July 15.

Despite Turkish Islamic scholar Fethullah Gülen, whose views inspired the Gülen movement, and the movement having denied the Turkish government and President Recep Tayyip Erdoğan’s accusation of masterminding the coup attempt that killed over 240 people and wounded more than a thousand others, Erdoğan and the government launched a widespread purge aimed at cleansing sympathizers of the movement from within state institutions, dehumanizing its popular figures and putting them in custody.

As of Feb. 1, 89,775 people were being held without charge, with an additional 43,885 in pre-trial detention due to their alleged links to the movement.