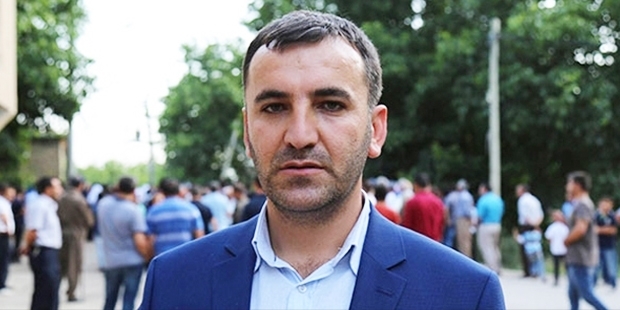 Five days after he was arrested at Şırnak Airport, the whereabouts of the pro-Kurdish Peoples’ Democratic Party (HDP) deputy Ferhat Encü still remain a mystery, according to lawyers representing the deputy.

Encü was last seen late on Friday while being dragged into an armored vehicle before his family’s eyes. Newly emerged video footage shows the moment the handcuffed deputy was forced into the vehicle by a group of armed Turkish soldiers.

Encü was first arrested in a police operation on Nov. 4, 2016 along with eight other party deputies including the party’s Co-chairs Selahattin Demirtaş and Figen Yüksekdağ. He was released from Kandıra Prison on Wednesday.

However, he was re-arrested on Friday after the Şırnak Chief Public Prosecutor’s Office reportedly objected to his release.

Turkey has stepped up its crackdown on Kurdish politicians in recent months. Trustees have been appointed to dozens of municipalities in the country’s predominantly Kurdish Southeast, while hundreds of local Kurdish politicians have been arrested on terror charges. The number of jailed HDP deputies rose to 12 after Encü’s arrest. (TurkeyPurge)