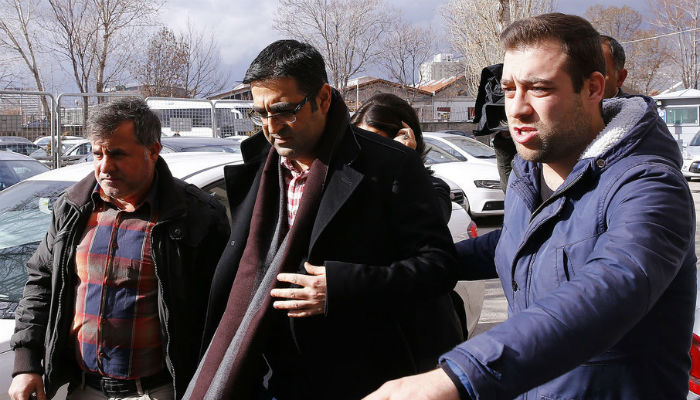 Pro-Kurdish Peoples’ Democratic Party (HDP) deputy İdris Baluken, who was recently released from jail, was arrested in Ankara on Tuesday after a Diyarbakır court issued an arrest warrant for him.

Baluken, who is also HDP parliamentary group deputy chairman, was released from jail on Jan. 30 after spending nearly three months behind bars.

Turkey has stepped up its crackdown on Kurdish politicians in recent months. Trustees have been appointed to dozens of municipalities in the country’s predominantly Kurdish Southeast, while hundreds of local Kurdish politicians have been arrested on terror charges. There are currently 12 HDP deputies behind bars including the party’s Co-chairs Figen Yüksekdağ and Selahattin Demirtaş.