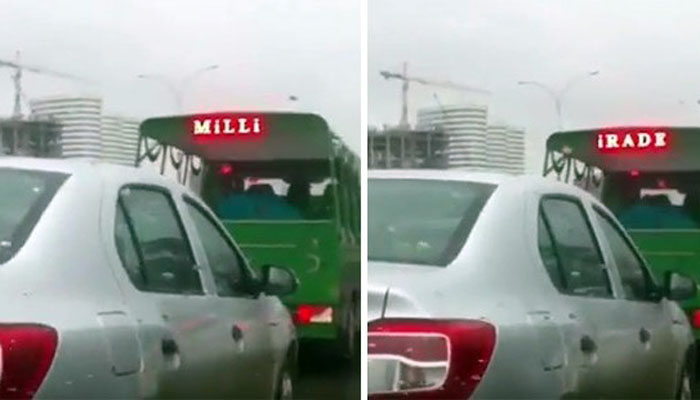 Outspoken Republican People’s Party (CHP) deputy Mahmut Tanal has shared a video on his Instagram account showing a hearse that displays a popular pro-government slogan on an LED sign installed on the back of the vehicle.

“The national will cannot be blocked,” reads the sign, with Tanal commenting: “Is doing politics through hearses appropriate?”

The picture Tanal posted afterwards revealed that the vehicle belongs to the Istanbul Municipality.

“The national will” has been one of the most popular phrases the ruling Justice and Development Party (AKP) politicians have resorted to when crushing dissidents over the past years. Having won most of the elections in the last decade, the AKP is often criticized for portraying the popular vote as the only component of a democracy. (Turkey Purge)