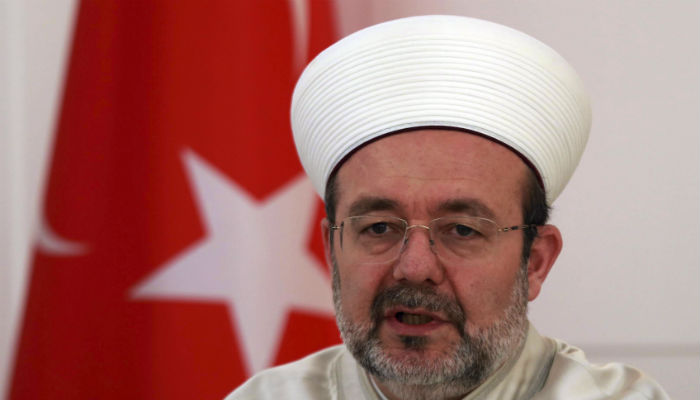 President of Turkey’s Religious Affairs Directorate Professor Mehmet Görmez has denied claims that some Turkish imams in Germany have been involved in spying activities against followers of the faith-based Gülen movement, saying that the Turkish-Islamic Union for Religious Affairs (DİTİB) is being insulted with such claims.

German police teams on Wednesday morning raided the apartments of four DİTİB imams in North Rhine-Westphalia and Rhineland-Palatinate who are suspected of acting as informants on sympathizers of the Gülen movement.

At a news conference on Friday, Görmez said: “No religious official has been allowed to do anything outside the scope of their duty. DİTİB, which is respected by all circles in Germany and a is guarantee of peace, has been insulted.”

Görmez claimed that the spying allegations against imams were related with the election environment and Islamophobia in Germany.

Turkey has accused Germany of harboring militants from the Kurdistan Workers’ Party (PKK) and far-leftists of the Revolutionary People’s Liberation Party/Front (DHKP/C), which has carried out attacks in Turkey. German officials reject the accusation.