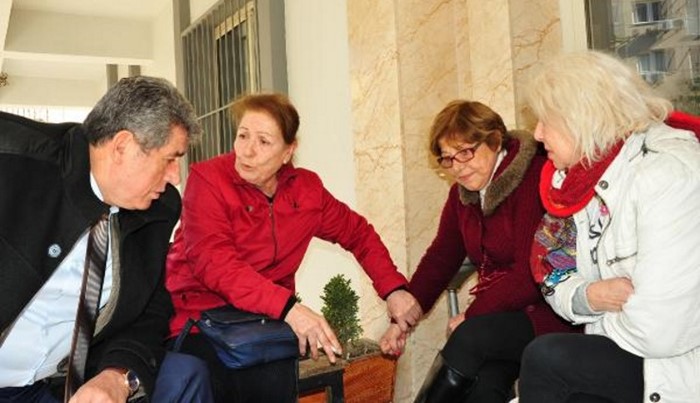 As Turkey gears up for a referendum on April 16 to vote for a switch to an executive presidency, two members of the main opposition Republican People’s Party (CHP) were attacked by a father and son during a “no” campaign in the western province of İzmir.

The Cumhuriyet daily reported the latest attack on “naysayers” on Thursday.

Two CHP members were verbally and physically assaulted while campaigning from door to door. A man known only by the initials A.B., who said he was from a local branch of the ruling Justice and Development Party (AKP), accused the CHP members of trying to “undermine the state” while his son O.B. hit the two women in the back.

When the police intervened in the attack, the two CHP women filed a complaint against the two men.

On Feb. 13, President Recep Tayyip Erdoğan said those who vote against a constitutional reform package which among other things brings an executive presidency to Turkey are actually taking sides with the plotters who perpetrated a failed coup attempt on July 15.

“April 16 will at the same time be an answer for July 15. It will be an important move against July 15. The position of naysayers is taking sides with July 15. Nobody should derive a different meaning from this” Erdoğan had said.

On Feb 12, Turkish Bureau Union (Türk Büro Sen) Chairman Fahrettin Yokuş, who called on people to say “no” in referendum, was the target of gunshots in Ankara.