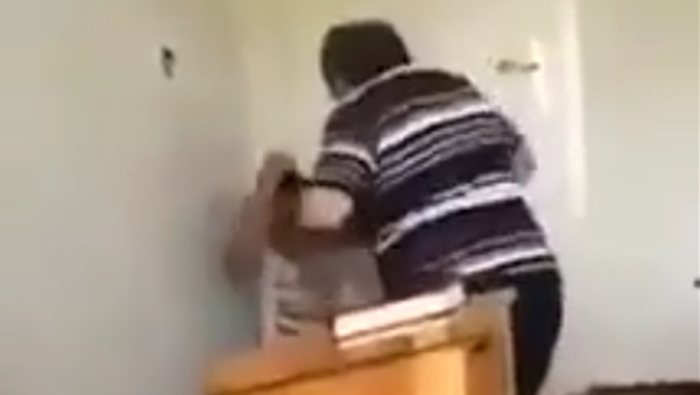 Şükrü Yılmaz, an instructor who was seen in a video severely beating a student with a slipper at a Quran school in the Erenler district of Turkey’s Sakarya province, was released from prison on Monday night.

Upon a petition filed by the instructor’s lawyer, a Sakarya court decided to release Yılmaz on the grounds that he doesn’t pose a flight risk and also because he could be given a suspended sentence.

Yılmaz was arrested in January after reactions mounted to a video showing a teacher hitting a youngster with a slipper despite many pleas for him to stop the beating, at the Çaybaşı Quran Boarding School.

Sakarya Chief Prosecutor Mustafa Ercan said he had also launched an administrative investigation into people in the office of the mufti who did not inform the prosecutor’s office about the incident, which took place in July.

In response to the growing reactions, Nejdet Arman, the deputy mufti of Sakarya, said an investigation had been launched into the incident portrayed in the video, which was shot before a July 15 coup attempt in Turkey, following a petition by the child’s uncle. Noting that the parents had not filed any complaints about the beating, Arman said the teacher had already been removed from his job. He also said the administrative investigation over the beating was continuing.