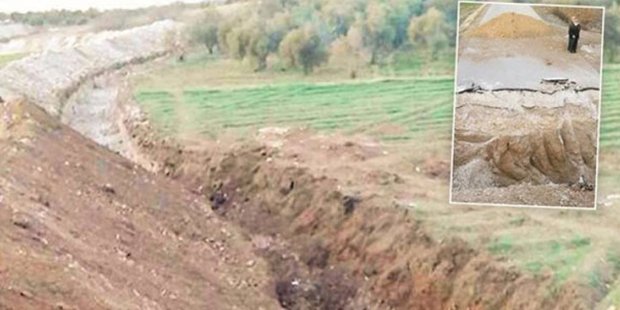 The Syrian Kurdish Democratic Union Party (PYD) is digging trenches around the Syrian city of Manbij against efforts by Turkish troops and Free Syrian Army (FSA) forces to take control of the city, according to a report in the Milliyet daily on Monday.

The PYD took control of Manbij in early August thanks to military support from the US.

In a statement on Sunday, Turkish President Recep Tayyip Erdoğan said after taking control of the Syrian city of al-Bab, Turkish troops and FSA forces will continue on to Manbij and Raqqa in northern Syria.

“We have been trying to cleanse the region of terrorists. Al-Bab is almost finished. Manbij and Raqqa are next. Al-Bab is not our final target. Our final target is to clear the region of Daesh [Islamic State in Iraq and the Levant (ISIL)]. The real center of Daesh is Raqqa,” Erdoğan said during a press conference at İstanbul Atatürk Airport before departing for a trip to Bahrain, Saudi Arabia and Qatar.

Erdoğan said Turkish troops and Syrian rebel allies have entered the ISIL-held al-Bab, adding that its capture was “just a matter of time.”

As part of an operation called Euphrates Shield, Turkey sent tanks across the border to help Syrian rebels drive ISIL from the border city of Jarabulus in late August, in a dramatic escalation of its involvement in the Syrian civil war.