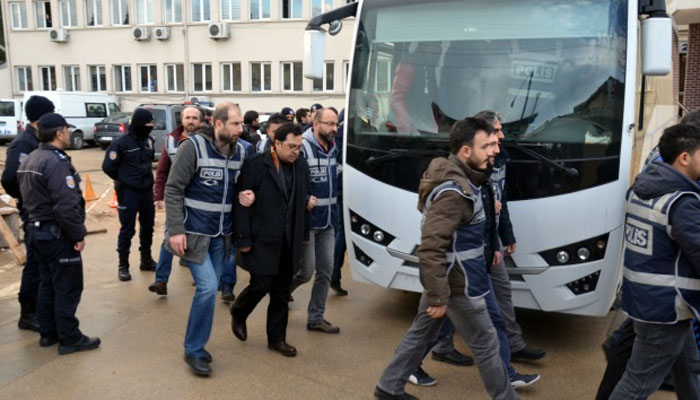 Thirty-three civilians, including businessmen and teachers, were detained as part of ongoing operations in provinces across Turkey over the weekend targeting the followers of faith-based Gülen movement due to their use of a smart phone application known as ByLock.

The operations, which were based in the southeastern province of Siirt, were conducted across 18 provinces.

Turkish authorities believe ByLock is a communication tool between members of the Gülen movement that the Turkish government accuse of being behind a failed coup attempt in July last year.

Tens of thousands of civil servants, police officers and businessmen have either been dismissed or arrested for using ByLock since the failed coup last July.

The detainees were reportedly dismissed by recent decrees issued by the Turkish government in the aftermath of the coup attempt. (Turkey Purge)