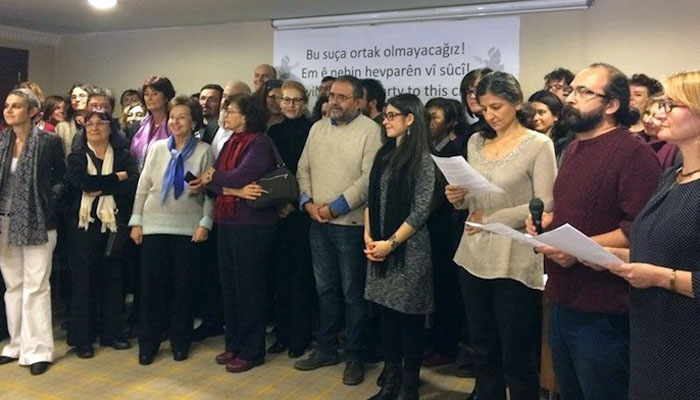 US judge dismisses suit against Saudi prince in Khashoggi murder

One hundred fifteen out of 330 academics who were dismissed from their jobs by a government decree issued on Tuesday are signatories of a peace declaration criticizing curfews declared in Turkey’s predominantly Kurdish southeastern districts in 2015.

According to the Diken news portal, the new decree, numbered 686, purged a total of 4,464 civil servants from state bodies, among them 115 academics who signed the declaration along with over 1,100 other academics from 90 universities across Turkey on Jan. 11 of last year.

The peace declaration called on the government to halt the operations by security forces in southeastern Turkey, restore peace to the nation and return to the negotiating table to restart shelved talks with the Kurds to find a peaceful solution to the Kurdish issue.

According to the new decree issued on Tuesday night, 4,464 people working in government service, including teachers, academics, police officers, soldiers, members of the judiciary and journalists, were purged from their jobs.