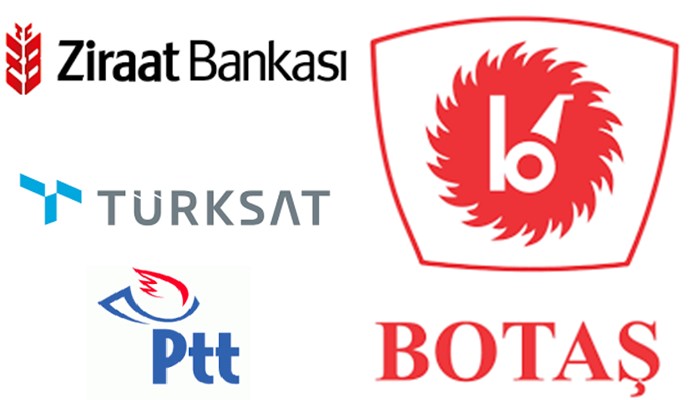 Shares belonging to the Turkish Treasury in a number of companies including Ziraat Bank, the Turkish Petroleum Corporation (TPAO), satellite network TÜRKSAT, the Petroleum Pipeline Corporation (BOTAŞ), Borsa İstanbul (BİST), Eti Mining, Çaykur and postal service PTT have been transferred by Cabinet decision to the Turkey Wealth Fund, according to a written statement from the Prime Ministry on Sunday.

Turkey is setting up the wealth fund – Turkey Asset Management – with initial paid-in capital of 50 million liras ($16 million), to be financed from the state privatization fund.

Its strategic aim is to generate annual growth of 1.5 percent over the next 10 years.

The law on the establishment of Turkey Wealth Fund was published in the Official Gazette on Aug.26. The Turkish government pushed for the fund’s establishment in recent in a bid to provide foreign financing for planned infrastructure projects.

Economist Uğur Gürses criticized the Cabinet decision for the transfer of the state shares in some companies, describing the move as “unlawful and meaningless.”

Speaking to T24 news portal, Gürses said with the decision, the companies which were transferred to the Wealth Fund will from now on be used arbitrarily and they have gone out of the Parliament’s budget inspections.