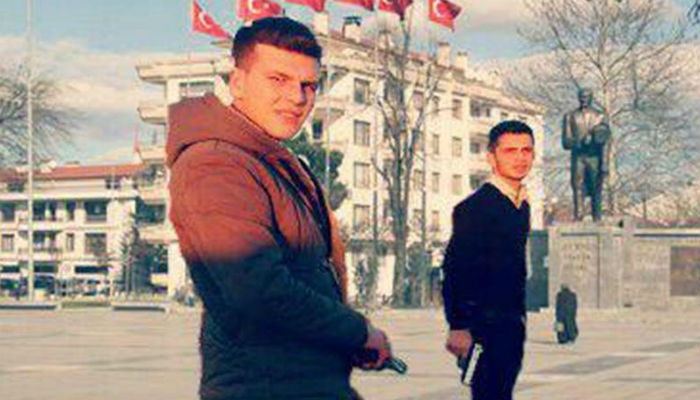 A court in Düzce on Friday released two young men on probation who were detained for sharing a message on social media threatening people who vote against a referendum that will be held on the transition to an executive presidency in Turkey, the actifhaber website reported.

Following a warrant issued by the Düzce Public Prosecutor’s office for incitement of hatred and hostility, police had detained S.A. (19) and his high school friend G.E. (17) and searched their homes, where they seized two guns loaded with blanks. The two told police they photoshopped their picture, which was taken in another place, to an image of Anıtpark Square.

S.A. had shared a photo on his social media account that showed himself and G.E. holding guns. Under the photo he wrote: “We will be waiting in the streets for those who say ‘no’ to the presidential system just as we were on July 15.”

July 15 refers to a failed coup attempt last year. Upon a call from President Recep Tayyip Erdoğan, many people took to the streets to confront the coup plotters. A total of 240 people were killed while more than a thousand were injured during the coup attempt.

Due to criticism, S.A. removed the controversial photo and the message from his social media account.

In a similar development last month, a Turkish gang leader, Sedat Peker, declared his support for the transition to an executive presidency in Turkey while threatening those who are against holding a referendum to vote on the change in the country’s system of governance.

In a social media message Peker, who is a vocal supporter of President Erdoğan, vowed to vote “yes” for the changes to the constitution and said, “We will be waiting in the streets for those who take to the streets to prevent the referendum, just as we took to the streets on the night of the July 15 coup attempt.”