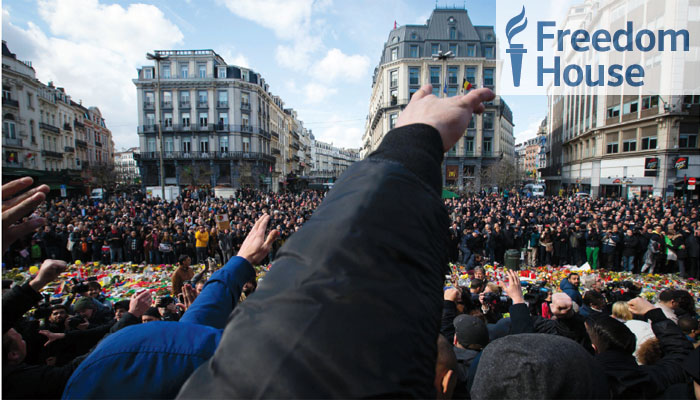 Turkey has suffered a dramatic decline in freedoms in the last decade according to a report by Freedom House in which it presented the second highest decline in the world, tied with the African nation of Gambia.

According to a new ranking by Freedom House that was published on Tuesday in its “Freedom in the World 2017” report, Turkey received a score of minus 28 in aggregate data of the last 10 years along with Gambia, following the Central African Republic (CAR), which had the largest decline with minus 30 points.

“Turkey received a downward trend arrow due to the security and political repercussions of the July coup attempt, which led to mass arrests and firings of civil servants and other perceived enemies,” Freedom House said.

Turkey received 38 points in total out of 100, with zero being the worst in the rankings, placing Turkey into the “partly free” category.

The Freedom House report also underlined that “the record in places like Venezuela and Turkey suggests that elected populists who initially limit their authoritarian impulses can graduate to political purges and prosecutions, the militarization of government, sweeping controls on journalism, and politicized wrecking of the economy.”

Stating that Turkish President Recep Tayyip Erdoğan “embraced an unvarnished form of authoritarianism in response to a failed coup in July,” the report said “ … the government imposed emergency rule that resulted in the arrest of nearly 40,000 civilians, the imprisonment of dozens of journalists for their work, the shuttering of hundreds of media outlets and nongovernmental organizations (NGOs), the arrest of the leaders and hundreds of officials from the third-largest party in the parliament, and the firing of more than a hundred thousand civil servants.”