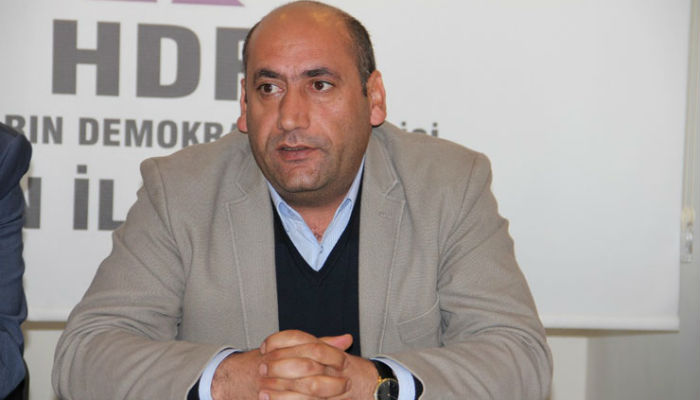 Pro-Kurdish Peoples’ Democratic Party (HDP) Van deputy Nadir Yıldırım, who was detained in the southeastern province of Diyarbakır on Monday morning, has been released.

Yıldırım was detained as he was following the trial of jailed HDP deputy İdris Baluken at a Diyarbakır court.

Media reports said Yıldırım was detained because a court ruled that he be brought to court to testify as part of a terror trial. He was released after testifying to the court.

Over the past several days, HDP deputies Meral Danış Beştaş, Altan Tan, Hüda Kaya and Ayhan Bilgen were all detained and then released on judicial probation.

Turkey has stepped up its crackdown on Kurdish politicians in recent months. Trustees have been appointed to dozens of municipalities in the country’s predominantly Kurdish Southeast, while Turkish courts in late 2016 arrested 11 HDP deputies, including the party’s Co-chairs Selahattin Demirtaş and Figen Yüksekdağ.