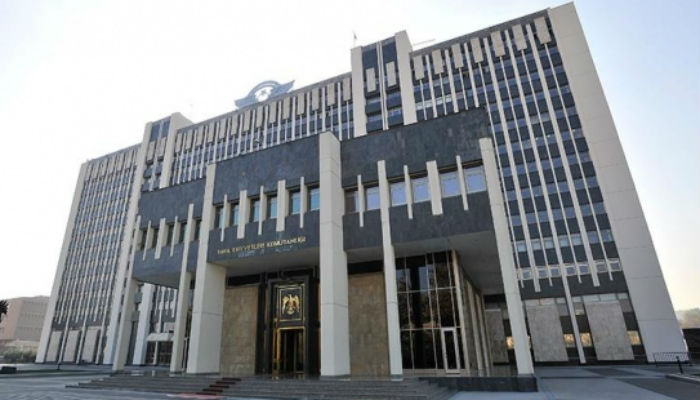 Turkish prosecutors have issued detention warrants for 10 officers and five civilians at the Air Forces Command over their alleged links to the faith-based Gülen movement.

The detention warrants were issued on Monday by the Ankara Chief Public Prosecutor’s Office.

Police teams were conducting operations in eight provinces including Ankara, Diyarbakır, Amasya and Eskişehir on Monday afternoon to detain the 15 people, with 10 officers including two lieutenant commanders and one fleet commander detained so far.

The Justice and Development Party (AKP) government accuses the Gülen movement of masterminding a failed coup attempt on July 15 that killed over 240 people and wounded more than a thousand others.

Strongly denying having any role in the putsch, Turkish-Islamic scholar Fethullah Gülen, whose views inspired the Gülen movement, called for an international investigation into the coup attempt, but President Recep Tayyip Erdoğan — calling the coup attempt “a gift from God” — and the government initiated a widespread purge aimed at cleansing sympathizers of the movement from within state institutions, dehumanizing its popular figures and putting them in custody.

Over 135,000 people, including 20,000 academics, have been purged, some 90,000 people were detained and in excess of 43,000 people have been jailed in witch-hunt operations that were launched by the government against the Gülen movement following the coup attempt on July 15.

A report prepared by the EU Intelligence Analysis Centre (IntCen) has revealed that although Erdoğan and the Turkish government immediately put the blame for the July 15 failed coup attempt on the Gülen movement, the coup attempt was staged by a range of Erdoğan’s opponents due to fears of an impending purge, according to a report by The Times newspaper last week.