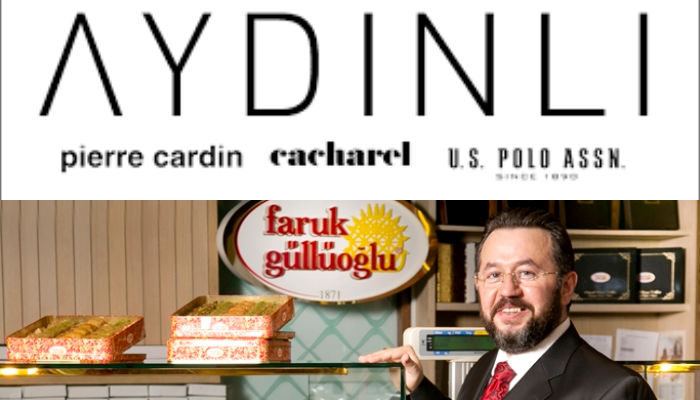 As part of an ongoing trend of confiscating private businesses over alleged coup charges, the Turkish government on Thursday appointed trustees to giant textile company Aydınlı Group and one of the largest baklava makers of the country, Güllüoğlu Baklava.

The chief of executives of the companies, Ömer Faruk Kavurmacı and Faruk Güllüoğlu, respectively, had been arrested in recent months over Gülen movement links. The government has been accusing the movement of coup plotting and confiscating businesses deemed sympathetic to the movement.

The Aydınlı ready-to-wear retailer is the official representative of brands such as Cacharel, Polo US and Pierre Cardin in Turkey.

As part of a witch-hunt against businessmen, in the month of August alone prosecutors issued arrest warrants for 187 suspects including the CEOs of leading companies, with the İstanbul Chief Prosecutor’s Office ordering their assets seized.

The raids had targeted major companies such as the Aydınlı Group, Güllüoğlu Baklava, the Boydak Group and fashion company Eroğlu Holding. The suspects were accused of membership in a terrorist organization and financing the activities of Gülen. As a result of this particular investigation, Kavurmacı and Güllü were arrested in September. Kavurmacı is the son-in-law of İstanbul Mayor Kadir Topbaş.

Turkey’s Justice and Development Party (AKP) government, which launched a war against the Gülen movement following the eruption of a corruption scandal in late 2013 in which senior government members were implicated, carried its ongoing crackdown on the movement and its sympathizers to a new level after a failed coup on July 15.

Critics have lambasted the government for wielding the broad powers it has gained under post-coup emergency rule. Plumbers, teachers, drivers, journalists, comedians, small business owners, court personnel, university students, construction workers and postmen are among the thousands of ordinary citizens who have been either arrested or detained over ties to the movement.