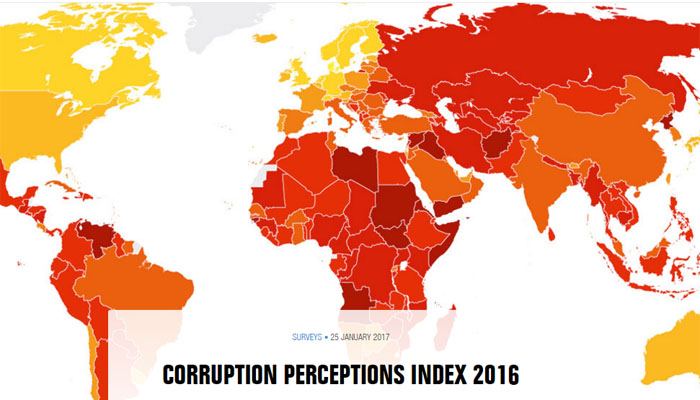 Global watchdog Transparency International (TI) released its Corruption Perceptions Index 2016 on Wednesday in which Turkey plunged to 75th from 66th place among 176 countries.

Underlining that the rise of populist politicians in 2016  has contributed to growing levels of perceived corruption and social inequality, TI said more countries declined in the index than improved in 2016 as the report showed pervasive public sector corruption around the world.

TI said that in countries with populist or autocratic leaders, “instead of tackling crony capitalism, those leaders usually install even worse forms of corrupt systems.”

Citing Hungary and Turkey as examples, TI said their scores have worsened in recent years under leaders with authoritarian leanings, while Argentina, which ousted a populist government, has improved in the rankings.

Heinrich also noted that populist leaders such as US President Donald Trump and French presidential candidate Marine Le Pen regularly drew links between a “corrupt elite” and the marginalization of working people; however, anti-establishment parties generally failed to address corruption once in office.

According to the annual report, Qatar showed the biggest drop in confidence in 2016 after scandals involving FIFA and reports of human rights abuses. Qatar ranked 31st on the list, down from 22nd in 2015.