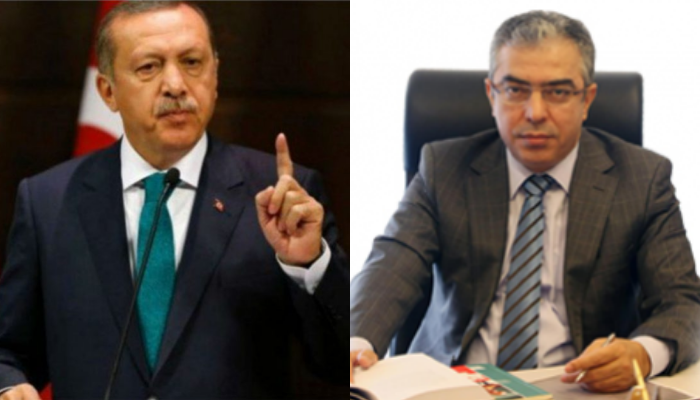 One of President Recep Tayyip Erdoğan’s chief advisors, lawyer Mehmet Uçum, said that a switch to an executive presidency in Turkey will not bring one-man rule as critics claim, but a one-man government.

Uçum, who is believed to have been one of the drafters of constitutional amendments that will establish an executive presidency in Turkey and will be voted in an upcoming referendum, responded to questions from the Hürriyet daily on criticism of the package.

“In the executive presidential system, the government is formed once the president is elected. The cabinet receives a vote of confidence from the people. It is a one-man government. Starting debates of one-man rule based on this is disinformation,” Uçum stated on Wednesday.

Critics say that with the transition to an executive presidency that has been designed to fulfill current President Erdoğan’s ambitions, Erdoğan plans to remain in power as long as he is alive.

The constitutional amendment package is under fire for concentrating power in the hands of one man and even vesting the president with the power to dissolve Parliament.

Former European Court of Human Rights (ECtHR) judge Rıza Türmen had said on Jan. 15 that Turkish democracy will completely die if the proposed constitutional changes that will officially bring an executive presidential system to Turkey are approved.

“If all the power is concentrated in one person, it will be either dictatorship or absolute monarchy,” said Türmen during an interview published in the Birgün daily, underlining that the proposed constitutional amendments will pave the way for the concentration of judicial, legislative and executive power in the hands of one person.

“If these constitutional changes are approved, those who oppose them will be excluded from society. The oppressed — the Kurds, the Alevis, the secularists — and all who say ‘no’ to the new constitution will be alienated from the new political system, and it will end with the tyranny of the majority.”

Stating that the changes will end basic rights and freedoms and will also eliminate the basic role of the constitution, that is, to limit the power of the authorities, Türmen warned that it would cause further deterioration of the already existing ethnic and religious disintegration in Turkey.

New system would turn even a democratic president into a dictator

The former president of Turkey’s Supreme Court of Appeals, Professor Sami Selçuk, wrote in an op-ed in the Cumhuriyet daily at the beginning of January that the proposed constitutional amendment package clearly aims to concentrate power in the person of the president and eliminate the separation of powers.

“In such a system, even a president who has a democratic awareness has to be a dictator. Oppression, in other words, has to rule society with a totalitarian regime.”

Veteran jurist Selçuk said the proposed changes are even worse than the already antidemocratic 1982 Constitution, which was drafted under a military junta.

Selçuk said the amendments would enslave those who defend it and make them regret the day they were born.