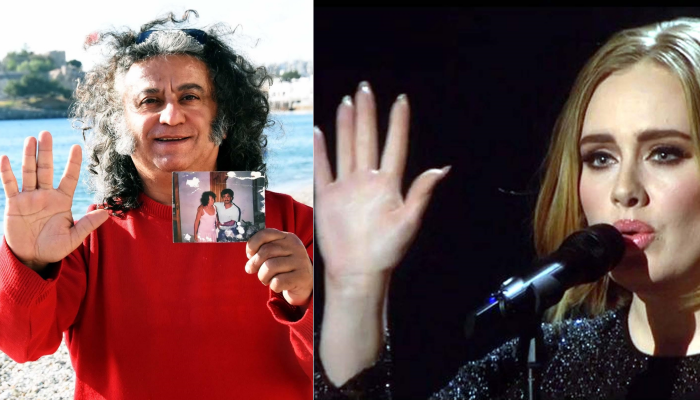 A Turkish folk singer and retired civil servant from the coastal town of Bodrum claims he is the father of famous British singer Adele.

The Doğan News Agency reported on Tuesday that 52-year-old Mehmet Asar says he met Adele’s mother, Penny Adkins, when she was on vacation in Turkey in the summer of 1987 and that they had a relationship.

“She asked me to go to the United Kingdom with her, but because I wanted to live in Bodrum, she returned home alone,” Asar said, adding that he lost touch with Adele’s mother after her departure.

The Bodrum man claimed that his relationship with Adkins fits with the birthdate of renowned singer Adele, who was born in May 1988.

Asar said he was shocked when he realized Adele’s mother was the woman he had a relationship years ago. He claims a resemblance with Adele, particularly the unusual structure of their fingers. He also claims Adele’s musical talents could be a result of genetic heritage.

Asar also says that he is ready to have a DNA test to prove his claim.

The folk singer from Bodrum, who is also a retired civil servant, reportedly asks for nothing from Adele, but wants her to know the truth.

Adele, whose full name is Adele Laurie Blue Adkins, was born on May 5, 1988 in London to English mother Penny Adkins and Welsh father Marc Evans. He left when she was 2, and Adele was raised by her mother.