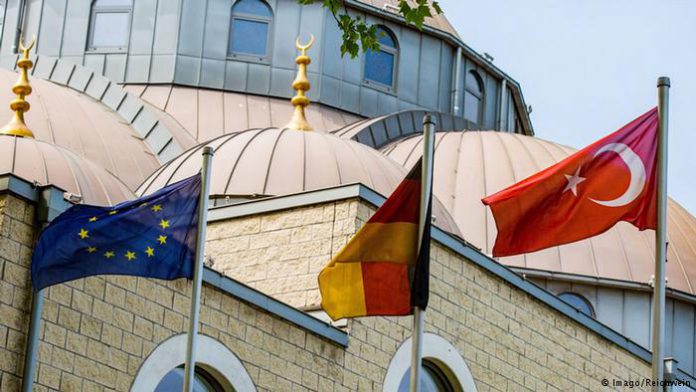 In the wake of a recent admission by the German-based Turkish-Islamic Union for Religious Affairs (DİTİB), which said some of its imams had acted as informants against sympathizers of the Gülen movement, a German paper reported on Tuesday that spying allegations against the imams have expanded as it has emerged that five Turkish religious teachers have also been profiled by the imams.

The profiled teachers filed complaints of spying against unidentified imams after DİTİB admitted that their imams profiled people and that the information was sent to Turkey. Deutsche Welle reported on Tuesday that DİTİB Secretary-General Bekir Alboğa denied spying allegations while admitting to sending e-mails to Turkish consulates and religious attachés to profile Gülen sympathizers in Germany.

As a result, the undersecretary of the German ministry of interior affairs, Ole Schröder, asked federal regions to determine whether the DİTİB follows proper procedures in Germany, Deutsche Welle reported.

Earlier this month, Germany had launched a probe into DİTİB’s spying activities. A spokesperson from the German Interior Ministry who had spoken to Deutsche Welle said: “The probe launched by the security units against DİTİB imams regarding the allegations on the agenda is ongoing. There is an effort to determine whether the information [relayed to Turkey] has any consequences from the perspective of criminal law.”

The spokesperson, whose name was not revealed by Deutsche Welle, said the ministry expects the DİTİB administration to assist in the probe.

DİTİB said in a report published in the Rheinische Post newspaper on Jan. 12 that some of its preachers spied at Turkey’s request.

“We deeply regret this mishap and have spoken to Diyanet about this,” Alboğa had told Rheinische Post, according to Deutsche Welle.

DİTİB should provide German authorities with the names of the imams who collected information or acted on the orders of the Turkish government, Volker Beck, a lawmaker for the opposition Greens, had told Deutsche Welle.