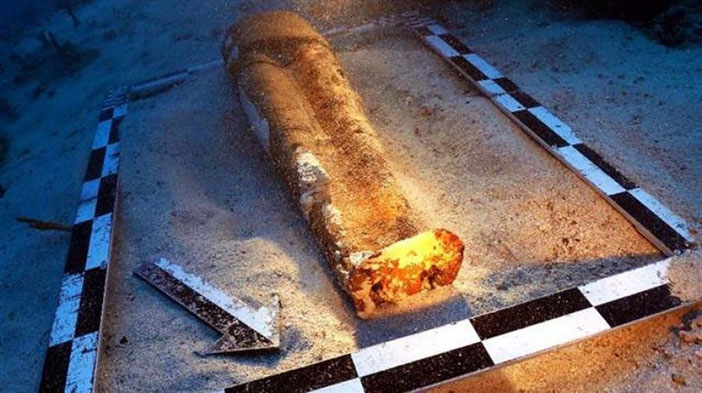 Archaeologists have discovered a sculpture of a Cypriot goddess that is said to be the biggest find in Turkish underwater history, in the Aegean Sea near the coast of Marmaris in Turkey’s Muğla province.

According to archeologists from the Aegean Research and Application Center (EBAMER), part of the Marine Science and Technology Institute at Dokuz Eylül University (DEU), the sculpture, which was found last November in the wreckage of a ship, is 2,700 years old and dates to the Archaic Period.

Speaking with the Doğan news agency, EBAMER Deputy Director and excavation leader Associate Professor Harun Özdaş said they found only the lower half of the sculpture along with ceramic plates and amphorae.

He added that the discoveries, which were scattered around an area of 300 square meters, would shed light on a very important part of the history of the Mediterranean.

“The sculpture belongs to a barefoot woman wearing a long dress. According to first impressions, the sculpture and the wreckage date to the end of the seventh century B.C. It most probably a Cypriot goddess,” he said.