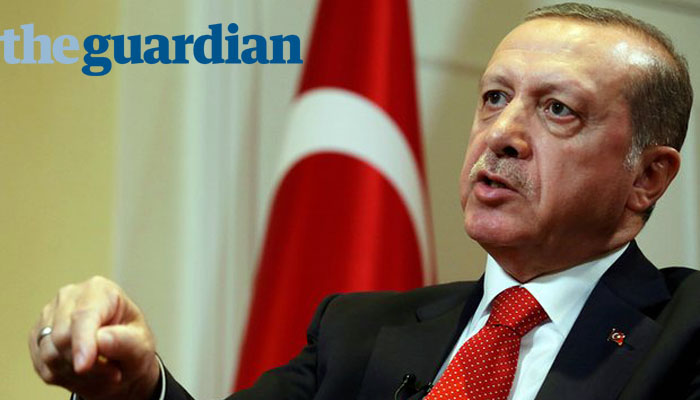 The London-based Guardian daily said in an article on Sunday that the British government has been turning a blind eye to human rights violations of government critics in Turkey since a failed coup attempt last July for the sake of its arms sales to the Turkish government.

An article by Jamie Doward said Britain has sold almost £50 million ($62 million) in arms to Turkey since the crackdown on opposition groups by the Turkish government under the leadership of President Recep Tayyip Erdoğan after the failed coup attempt on July 15, 2016.

According to newly published export statistics of the British government, Turkey is now a major buyer of UK-made weapons.

Underlining that Turkey is on the Department for International Trade’s list of “priority markets” for arms exports, The Guardian said the UK has sold Turkey £330m worth of arms since 2015.

According to the daily, the sales come amid mounting concerns about the abuse of human rights.

The Guardian also quoted a British government spokesperson as saying: “The UK takes its arms export responsibilities very seriously and operates one of the most robust arms export control regimes in the world. We rigorously examine every application on a case by case basis against the consolidated EU and national arms export licensing criteria. Our export licensing system allows us to respond quickly to changing facts on the ground. We have suspended or revoked licenses when the level of risk changes and we constantly review local situations.”