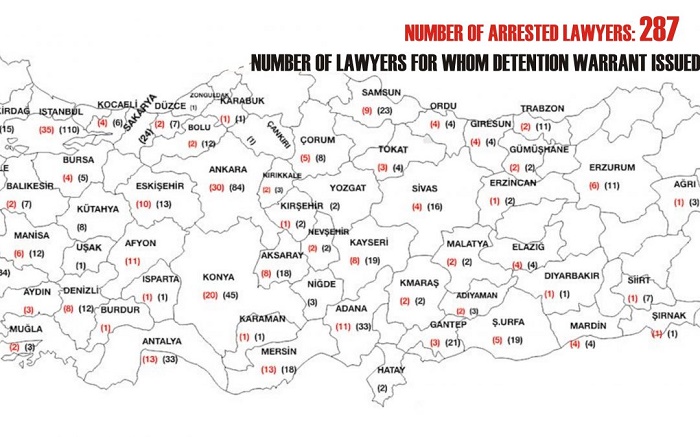 At least 287 lawyers are currently under arrest while detention warrants have been issued for 708 attorneys since a failed coup attempt on July 15.