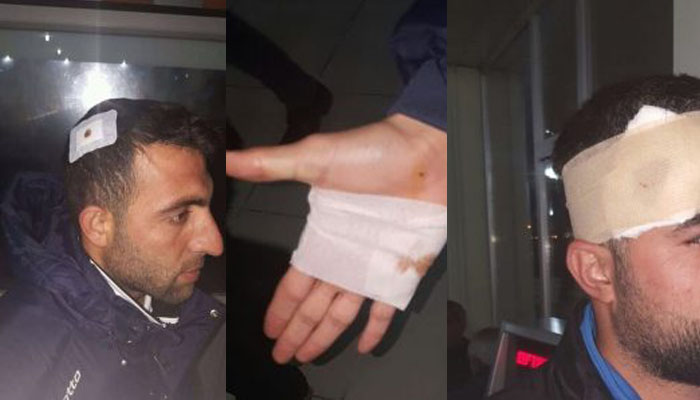 Players and managers of the Cizrespor football club from the largely Kurdish-populated Cizre district of Şırnak province in southeastern Turkey were subjected to racist insults before they were physically attacked by fans and personnel of their opponent, Bayburt Grup Özel İdare Gençlikspor (Bayburt GÖİ), and police officers.

Cizrespor faced Bayburt GÖİ in a fourth division away encounter on Sunday. While the team lost 2-1 to Bayburt GÖİ, its vice president, Maruf Sevinç, said the team was targeted with racist insults and physical attacks.

Cizre is a Kurdish-majority district in Turkey’s border province of Şırnak.

“At first, opposing team personnel attacked us with racist words and insults. Even though we lost 2-1, four executives approached our corridor and started a quarrel with our players and beat them up.”

When the tension escalated, police intervened, according to the Duvar news portal.

“Police battered us and our footballers with their batons,” Sevinç said, adding that violence by the police outweighed that of the opposing team members.