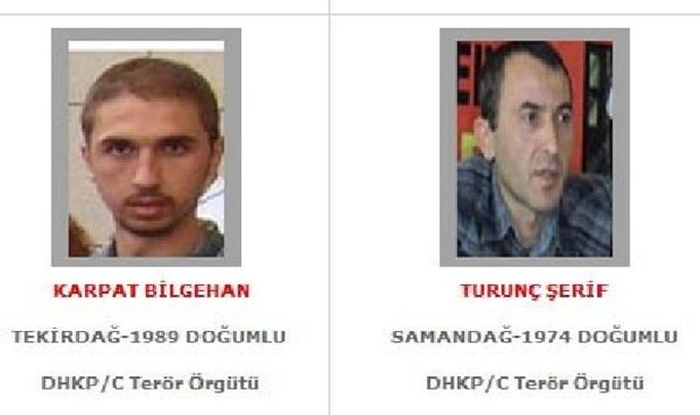 Bilgehan Karpat, who was reported to have been the second perpetrator of rocket attacks on the İstanbul headquarters of the ruling Justice and Development Party (AKP) and İstanbul police headquarters on Friday, was killed in Tekirdağ province, DHA reported.

Far-left Revolutionary People’s Liberation Party/Front (DHKP/C) militant Karpat was killed in the Muratlı district of Tekirdağ after firing on police who had ordered him to surrender.

The other attacker, Şerif Turunç, a 43-year-old DHKP/C terrorist, was captured in Tekirdağ province earlier on Sunday. Turunç, who was on the wanted list of the Ministry of Interior Affairs, was reportedly captured by police after he shaved his head and was trying to escape to Greece.

On Saturday five people had been detained in connection to the attacks.

One rocket was lodged in the wall of the AKP building in Sütlüce but did not explode. No casualties or injuries were reported.

On the same night İstanbul police headquarters were also targeted with a rocket. The garden wall of the building was hit, but no injuries were reported.