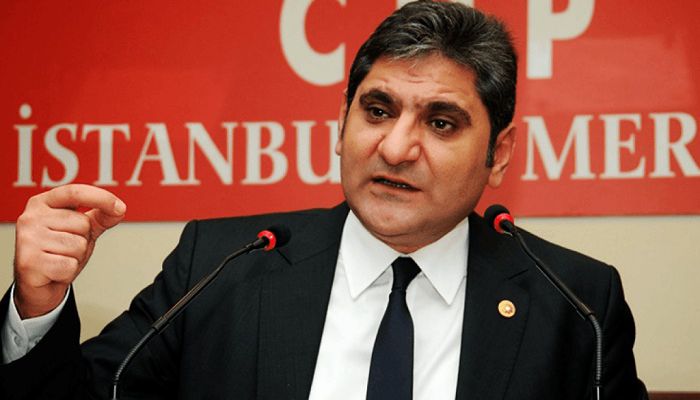 A leading deputy of the main opposition Republican People’s Party (CHP), Aykut Erdoğdu, has warned against political assassinations and provocations in the run-up to a referendum on the transition to an executive presidency in Turkey.

Writing on his personal Twitter account on Saturday night, CHP İstanbul deputy Erdoğdu said terrorist organizations would try to scare people with bloody attacks in the referendum period. “As part of the referendum campaign, Turkey could be dragged into war in Syria or Iraq,” Erdoğdu said as he urged people not to be afraid.

Parliament recently approved a constitutional amendment package that paves the way for an executive presidency. A referendum is expected to be held to approve the changes, which will become effective in the spring. President Recep Tayyip Erdoğan claims huge support for the proposed changes among the people.

“As part of the referendum process [there could be] assassinations, attacks against mosques or cemevis [Alevi houses of worship],” the opposition deputy went on to say.

Erdoğdu also directed attention to a possible narrative from the government to convince people to approve the executive presidency. According to him, people will be told “Turkey’s existence is at stake; your only solution is strong leadership” as part of the government’s propaganda. However, Erdoğdu reminded people of their power and promised them that the opposition and Turkey will win in the end.

Last week, US-based Turkish Islamic scholar Fethullah Gülen had said that the possible assassination of an important politician from either the CHP or the Nationalist Movement Party (MHP) in the coming days might be blamed on him by pro-government circles.

Speaking during a weekly sermon released on the Herkul.org website on Monday, Gülen said according to news from reliable resources, people with dark intentions who have influence over power centers in Turkey have already decided to kill an important politician and will put the blame on the Gülen movement, which is accused by the government and President Erdoğan of being behind a failed coup on July 15. The movement and Gülen strongly deny the accusation.

“They can try to blacken the image of our blessed Hizmet [(Gülen) movement] with a murder by an unknown assailant. Whether from the MHP or the CHP, by killing a person they want to create dislike for Hizmet among them. The decision [for assassination] is taken by the ‘first hand.’ [They’re just] waiting to decide on the victim… In other words, [they say] ”If we select the right person, that will allow us to hit the bull’s eye,” Gülen said.