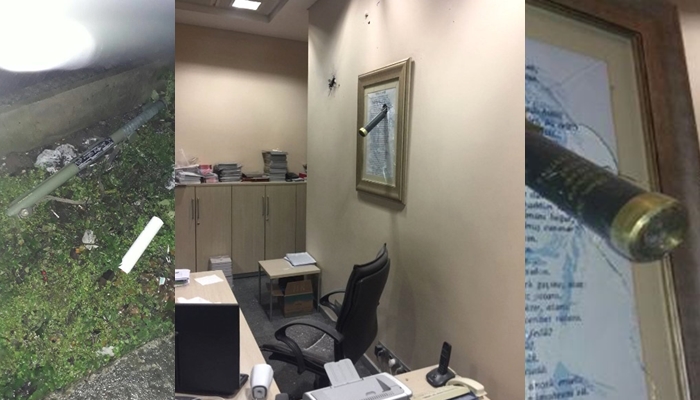 The İstanbul headquarters of the ruling Justice and Development Party (AKP) and İstanbul police headquarters were attacked with rockets on Friday, the state-run Anadolu news agency reported.

One rocket was lodged in the wall of the AKP building in Sütlüce but did not explode. No casualties or injuries were reported.

“Turkey will respond in the referendum to all those who want to fight. There are said to have been two attackers. Initial clues point to the far-left DHKP-C [Revolutionary People’s Liberation Party/Front]. The security forces will take all necessary measures,” said Selim Temurçi, İstanbul branch head of the AKP, after the attack.

On the same night Istanbul police headquarters were also targeted with a rocket. The garden wall of the building was hit, but no injuries were reported.

İstanbul Governor Vasip Şahin said in a Twitter message that an operation has been launched to capture the attackers.