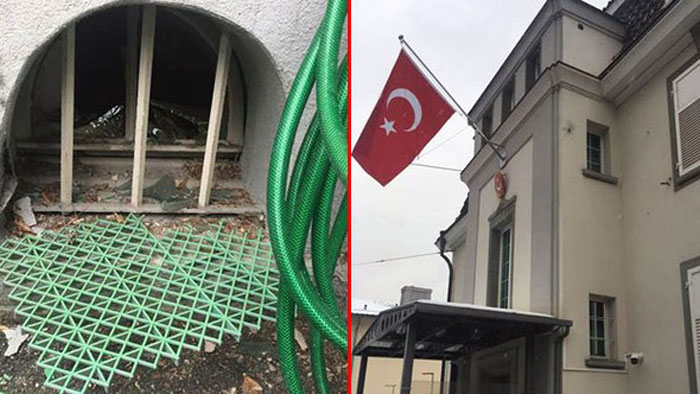 Protestors, allegedly sympathizers of the terrorist Kurdistan Workers’ Party (PKK), threw firecrackers at the compound of the Turkish Consulate General in Zurich late on Wednesday night.

According to the Hürriyet daily, sources from the consulate said the walls and windows of the building were damaged when the firecrackers exploded.

Swiss police have launched an investigation into the incident, Hürriyet said.