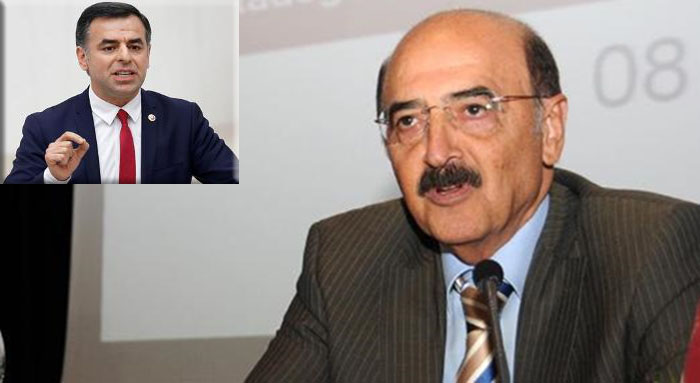 Main opposition Republican People’s Party (CHP) İstanbul deputy Barış Yarkadaş said on Wednesday that Syrian-Turkish columnist Hüsnü Mahalli, who was arrested on Dec. 15 after pro-government media targeted him for his stance on the Syrian war, must immediately be released as he has a risk of paralysis and requires special medical care.

Speaking at a press conference in Parliament, Yarkadaş urged Justice Minister Bekir Bozdağ to ask judicial authorities to draft the indictment in Mahalli’s case and release him pending trial.

“I want to draw your attention to our friend Hüsnü Mahalli, who is under arrest for his tweets and who is receiving medical treatment in the neurology department of Cerrahpaşa Medical Faculty Hospital. He runs a risk of paralysis if not given proper medical care in a better hospital. The hospital he is being kept in now cannot afford that medical care,” Yarkadaş said.

On Dec. 12, police raided the İstanbul home of Mahalli, who currently writes for the Yurt daily. Main opposition deputy Barış Yarkadaş announced Mahalli’s detention on Twitter, saying that the Syrian columnist is accused of humiliating the Republic of Turkey and insulting its officials.

After his health deteriorated in police custody, Mahalli was taken to the Cerrahpaşa Medical Faculty Hospital’s emergency unit and neurology department for further treatment.

Prior to his detention, Erkan Tan, a host for the staunchly pro-government A Haber TV, targeted Mahalli, calling him “the dog who belongs to a murderer,” in reference to Syrian President Bashar Al Assad.

Mahalli has criticized the government, especially for its Syria policy.