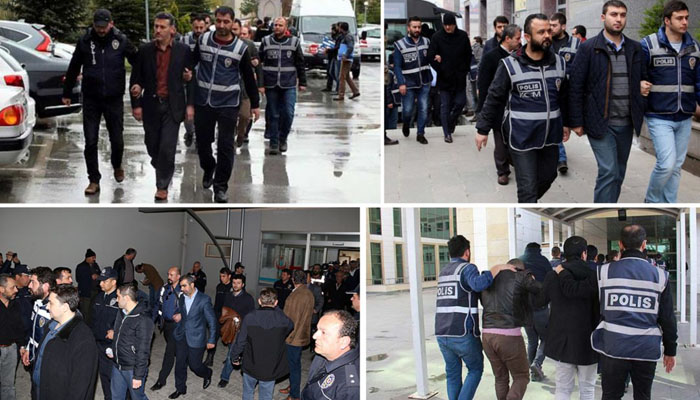 One hundred thirty-seven people have been detained since Monday over alleged links to the Gülen movement, which the Turkish government accuses of masterminding a coup attempt on July 15, as part of operations across Turkey.

In İzmir, a total of 41 civilians were detained on Tuesday on charges of using ByLock, a smart phone application that authorities believe is a communication tool between members of the Gülen movement, according to Turkish media.

In Malatya, 20 teachers who had previously been dismissed from their jobs by government decrees issued in November 2016 were detained over alleged links to the Gülen movement.

In Bolu, Ankara, Elazığ and Eskişehir, police staged simultaneous operations and detained a total of 27 people over alleged links to the movement.

In Ağrı, 14 civilians were arrested for alleged involvement in the coup attempt of July 15.

In Giresun, 24 people, including businessmen and housewives, were detained over alleged links to the Gülen movement. (Turkey Purge)