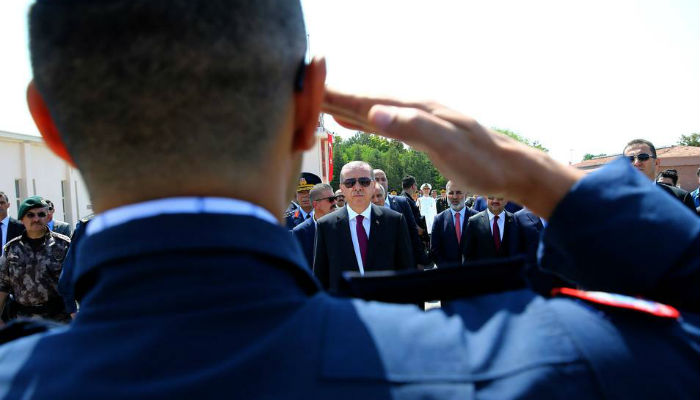 Can Ataklı, a columnist for the Sözcü daily, argued in his column on Saturday that Turkish police are no longer responding to complaints of such crimes as burglary amid alleged and real threats of terror activities since a post-coup government purge has led to a massive decrease in the number of police officers.

“A friend of mine called and told me that the police did not dare to go to his home even though he had filed a complaint of a robbery,” Ataklı wrote.

“When they didn’t come, I stopped by the police station and asked why they failed to show up. They told me that they are so busy, their capabilities had decreased and that they were focusing on anti-terror measures,” his friend told Ataklı.

The Turkish government dismissed more than 135,000 civil servants, among them police officers, teachers and academics, over alleged links to the Gülen movement, which the government accuses of masterminding a coup attempt on July 15. The movement denies any involvement.

“[Police also told me that] they are unable to even look into complaints of burglary, brawls, excessive noise and etc.,” his friend further elaborated.

While Turkey calls the Gülen movement a terrorist organization and rounds up hundreds of people on terror charges, Islamist State of Iraq and the Levant (ISIL) and Kurdistan Workers’ Party (PKK) militants continue killing scores of civilians.