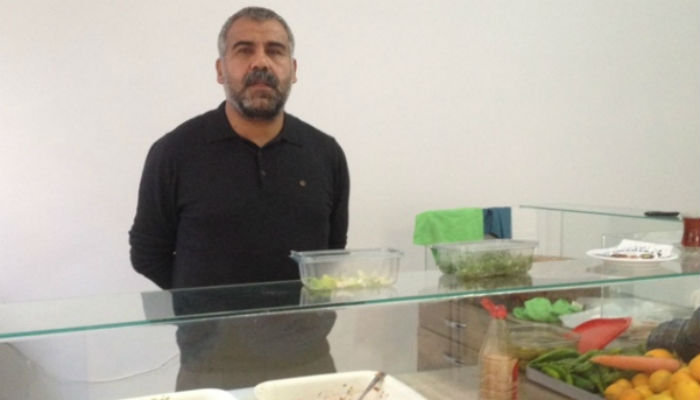 Abdullah Korkmaz, a teacher of 18 years, now works for a traditional çiğ köfte vendor in order to make a living.

Graduating from Malatya İnönü University, Korkmaz worked as a guidance counselor for 10 years in a village in Diyarbakır province and for another eight years in Şırnak’s Şilopi district.

He was told two weeks after being assigned to a new school in Diyarbakır that he had been dismissed under a post-coup government decree, according to the Duvar news portal.

Çiğ köfte is a raw meat dish made with beef, lamb or most commonly bulgur wheat, served as an appetizer, originating from Turkey’s Kurdish province of Şanlıurfa.

In addition to an enormous number of arrests, the Turkish government has dismissed more than 135,000 civil servants, among them police officers, teachers and academics, during a state of emergency declared after an attempted coup on July 15. (Turkey Purge)