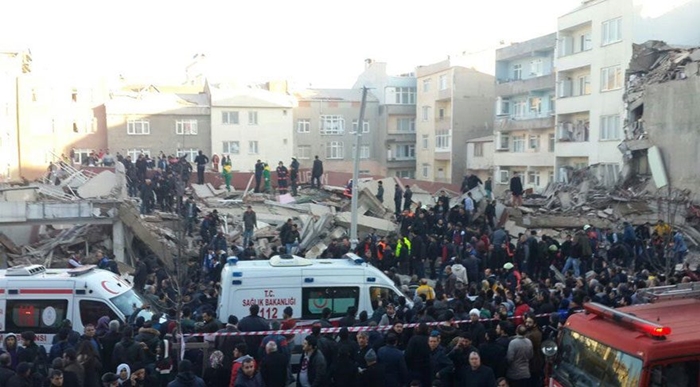 Search and rescue teams as well as ambulances were dispatched to the scene out of fear that more people might have been trapped under the rubble of the seven-storey building.
Balaban told reporters that the building was emptied in December 2015 as part of an urban transformation project but that the municipality had been unable to demolish it due to a disagreement with the owner.

In 2012 Turkey launched an urban transformation project to replace weak buildings with earthquake-resistant structures as the country is frequently shaken by deadly earthquakes and has a poor record of building safety .