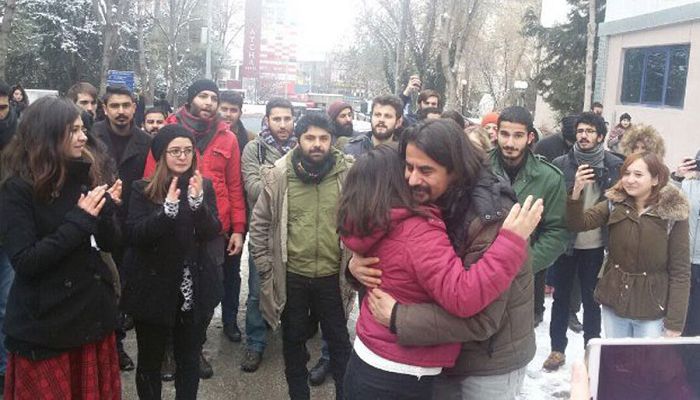 Students at Ankara University bade a sad farewell to 21 academics as they left their offices after dismissal from their jobs as part of government decrees issued on Jan. 6.

Speaking to the students in front of the political science department building on Thursday, Professor Leyla Işıl Ünal said she was one of the signatories of the peace declaration against curfews in the southeastern provinces of Turkey in January of last year.

Underlining that the peace declaration was intended to warn the government to end violence in the Southeast, Ünal said she along with other signatories is paying the price for their dissent.

“We will return to our universities because our rights are being seized [by government decrees],” she said.

With new government decrees numbered 679, 680 and 681, 8,390 people, including academics, police and military officers, engineers and civil servants, were purged from public service and an additional 83 associations were shut down.