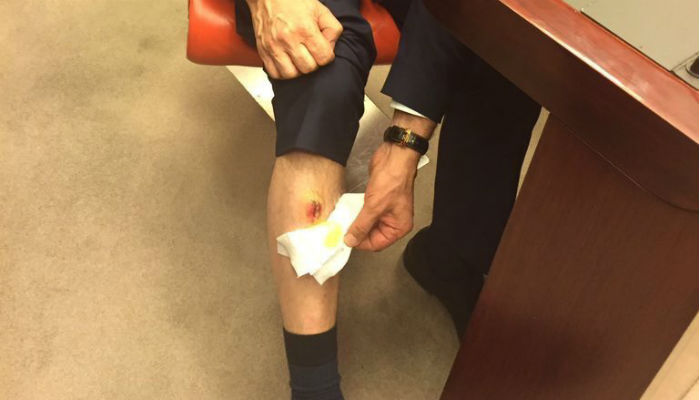 Justice and Development Party (AKP) Trabzon deputy Muhammet Balta was bitten on the leg during a brawl in the Turkish Parliament on Wednesday night, according to another AKP deputy, Şamil Tayyar.

Turkish deputies exchanged blows in a brawl in Parliament as tempers reached the boiling point in a debate on a constitutional reform package to expand the powers of President Recep Tayyip Erdoğan.

Deputies from the AKP and main opposition Republican People’s Party (CHP) threw punches and shoved one another as they crowded around the assembly podium.

AKP deputy Tayyar wrote in a message from his Twitter account in the early hours of Thursday: “A dishonest man bit our Trabzon deputy in the leg. We have even seen this.”