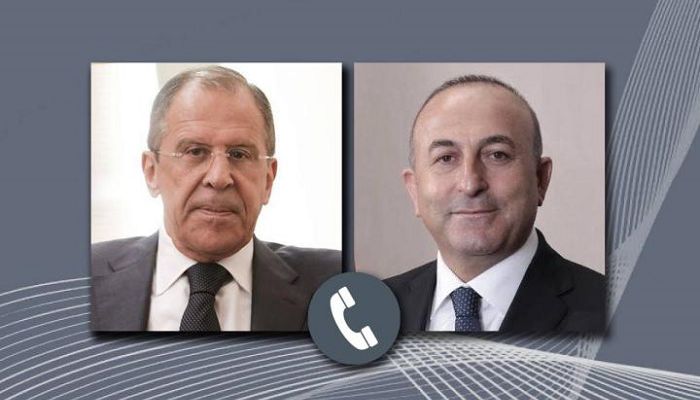 Turkish Foreign Minister Mevlüt Çavuşoğlu and his Russian counterpart, Sergei Lavrov, stressed the importance of maintaining the cease-fire in Syria while continuing to fight against terrorist groups in the region, during a telephone conversation on Tuesday.

According to the state-run TASS news agency, a Russian Foreign Ministry statement said on Tuesday that the two foreign ministers spoke by phone and discussed the details of a meeting on Syria that is to be held in the Kazakh capital of Astana in January.

“The two ministers continued discussion of the entire range of issues related to the implementation of the provisions of the documents that were signed by the Syrian government and the opposition on December 29,” the ministry said.

“The sides stressed the importance of observing the regime of cessation of hostilities and of a constructive approach to the preparations for an intra-Syrian meeting due to take place in Astana. The two top diplomats also underscored that the fight against terrorist groups must be continued.”

“The two top diplomats also discussed a number of current issues of the Russian-Turkish relations,” the statement said.