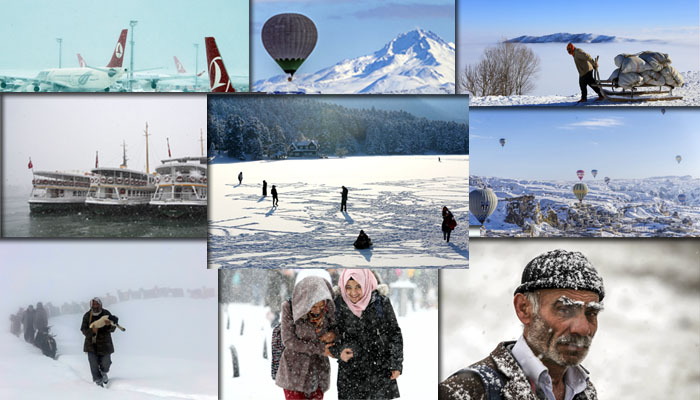 Schools in 34 provinces will remain closed on Monday as heavy snowfall and snowstorms have paralyzed life across Turkey.

Students in İstanbul wrote to Governor Vasip Şahin on Twitter demanding that schools be closed on Jan. 9, with many tweets noting how hard it is for students to go to school due to heavy snow.