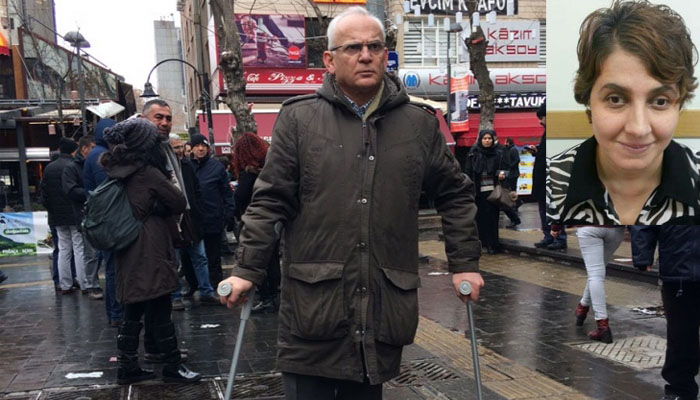 Two disabled public workers were reported to have been dismissed in a new government decree Turkey announced as part of its post-coup emergency rule on Friday.

Mithat Tokur, a civil servant with a mobility disability, was dismissed from the Turkish Employment Agency (TİK). Tokur also chairs the Ankara office of the Turkish Association for the Handicapped (TSD).

Tokur along with his colleagues held a press meeting in Ankara on Sunday.

Underlining that he was not given even a single disciplinary penalty during his 36 years of work at state institutions, he said, “I also experienced the Sept. 12 era; I have never seen such persecution, corruption and betrayal.”

“You work through the evening, and when you make it home at midnight, you are told that you are dismissed!”

Both were dismissed as part of an administrative investigation into the Gülen movement, which the government accuses of masterminding a coup attempt on July 15.

The movement denies the accusations.