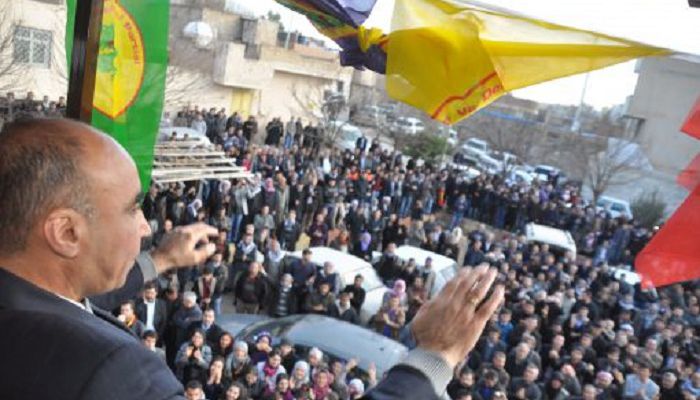 Twenty-one people, including the district mayors of the Viranşehir and Bozova municipalities in the eastern province of Şanlıurfa were arrested by a Turkish court on Thursday as part of a terrorism investigation.

According to the T24 news portal, Viranşehir Mayor Emrullah Cin and Bozova Mayor Zeynel Taş, both of whom are from the pro-Kurdish Democratic Regions Party (DBP), were arrested on charges of aiding and abetting the Kurdistan Workers’ Party (PKK).

Turkey has stepped up its crackdown on Kurdish politicians in recent months. Trustees have been appointed to dozens of municipalities in the country’s predominantly Kurdish Southeast, while Turkish courts earlier this month arrested 10 pro-Kurdish Peoples’ Democratic Party (HDP) deputies including the party’s co-chairs.

Turkey has also arrested dozens of local Kurdish politicians on terrorism charges. The DBP is the local affiliate of the HDP. (Turkey Purge)