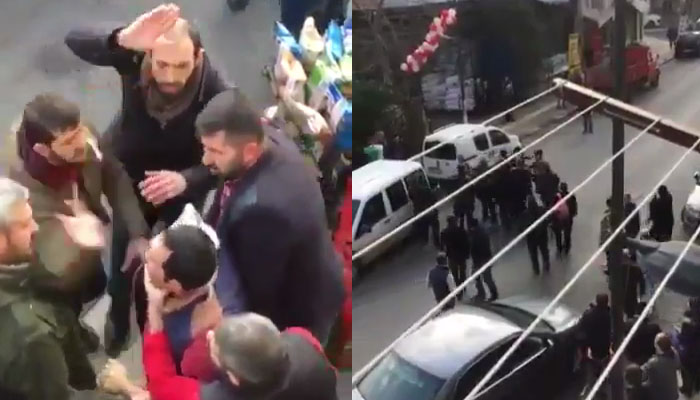 A group of locals in İstanbul’s Pendik district on Monday attempted to lynch a Kyrgyz man who they mistook for a suspect in an İstanbul nightclub attack on New Year’s Day.

Turkish authorities released photos of the man suspected to be the Islamic State in Iraq and the Levant (ISIL) terrorist who murdered 39 people at the popular Reina nightclub.

The suspect is pictured wearing a black jacket and staring coldly into the camera, on a street thought to be just off İstanbul’s famed Taksim Square.

The gunman reportedly came from Kyrgyzstan to İstanbul by plane on Nov. 20 with his wife and two children and rented an apartment in the Central Anatolian city of Konya. (Turkey Purge)