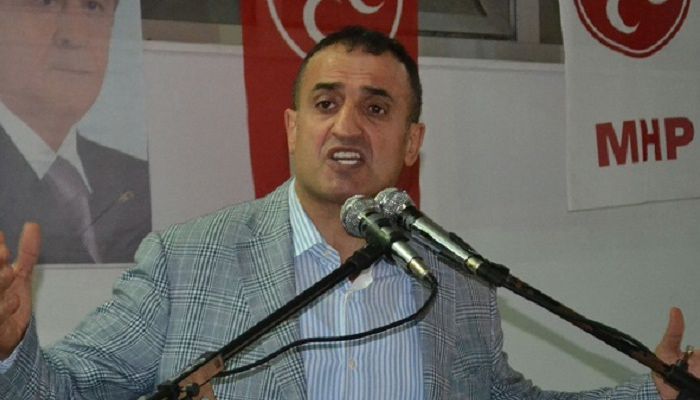 Opposition Nationalist Movement Party (MHP) deputy chairman and İstanbul deputy Atilla Kaya resigned as deputy chairman on Tuesday due to a difference of opinion with the party over a switch to a presidential system in Turkey.

According to the Yeni Çağ daily, which is close to the MHP’s intraparty opposition, Kaya resigned because of a disagreement with MHP leader Devlet Bahçeli, who announced his support for the ruling Justice and Development Party (AKP) when it submitted a constitutional amendment for parliamentary approval, including a switch to a presidential system of governance.

Yeni Çağ claimed that the number of MHP deputies who oppose the constitutional amendment has increased to seven with Kaya’s resignation.

On Dec. 30, the parliamentary Constitution Commission approved amendments to the Turkish Constitution proposed by the AKP that pave the way to an executive presidency amid fears of one-man rule.

In November, Bahçeli promised Prime Minister Binali Yıldırım that his party would support the AKP government when the constitutional amendments were submitted for parliamentary approval.

AKP officials recently said that they would bring a proposal for a change to an executive presidency to Parliament in January and present it in a referendum in April.

The AKP, which has 317 deputies in Parliament, needs the support of at least 13 more deputies from opposition parties to take a constitutional amendment on a switch to an executive presidency to referendum. Currently, there are 133 deputies from the Republican People’s Party (CHP), 59 from the pro-Kurdish Peoples’ Democratic Party (HDP), 40 deputies from the MHP and one independent in the Turkish Parliament.