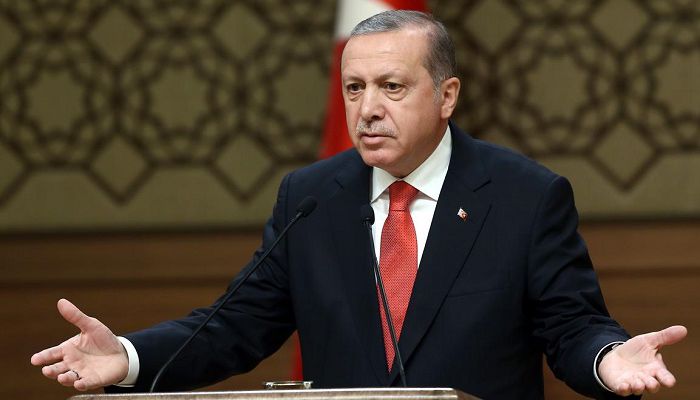 Turkish President Recep Tayyip Erdoğan has reacted to protesters of a nightclub massacre on New Year’s Day in İstanbul with the argument that it was an attack against the secular lifestyle and asked them why they kept quiet when another terrorist attack hit the southeastern city of Gaziantep in August.

Addressing muhtars — Turkey’s lowest ranking elected local administrators — for the 33rd time in his palace in Ankara, Erdoğan compared the two attacks perpetrated by the Islamic State in Iraq and the Levant (ISIL) in İstanbul’s upscale Ortaköy district and a poor neighborhood in Gaziantep. “Is there a difference between the attacks in Ortaköy and Gaziantep?” Erdoğan asked, and went on to say: “I wonder what those who expressed outrage against the attack in Ortaköy wrote about the 56 people [killed] in Gaziantep. I am asking was it not a big massacre? Why did you keep quiet there?”

In an ISIL attack targeting a wedding in a Kurdish neighborhood, 56 people, mostly children, died as a result of a suicide bombing on Aug. 21, 2016.

Criticizing the debates over lifestyle following the attack at İstanbul’s popular Reina nightclub that killed 39 and wounded 69, Erdoğan said there is no need to move the debate to lifestyle issues. He argued that the purpose of such debates it not to protect the rights of the victims, but to divide society and polarize it.