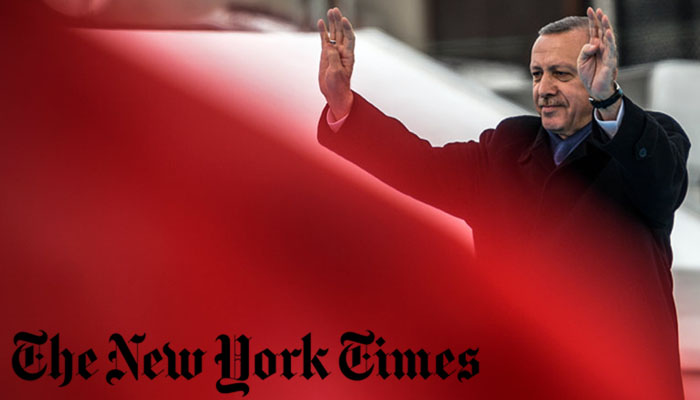 Amid ever increasing pressure on both local and foreign journalists in Turkey, The New York Times has begun to shield the identities of local reporters in the country.

CNN host Brian Stelter directed attention to the situation in reference to the paper’s Sunday story about a massacre at the popular Reina nightclub in İstanbul. The New York Times story included bylines, one from İstanbul and one from Nevşehir province in Turkey.

Stelter shared on his Twitter account the information that the paper occasionally uses the anonymous “employee of The New York Times” shield in stories from Syria and Afghanistan, but only recently started to do it while covering Turkey.

This measure that is clearly taken for the safety of reporters in the field came after Don Nissenbaum, a reporter for The Wall Street Journal, was detained on Tuesday in Istanbul and was held for two-and-a-half days without access to his family or attorneys before his release on Friday morning.

A person familiar with the situation said Nissenbaum was taken into custody for allegedly violating a ban on the publication of images from an Islamic State in Iraq and the Levant (ISIL) video, although authorities declined to tell Nissenbaum precisely what he was being investigated for.

Currently, over 145 journalists are behind bars in Turkey mostly as suspects over alleged charges of terrorism.

According to an annual global census published by the Committee to Protect Journalists (CPJ), as of Dec. 1 a record number of journalists, 259, are currently imprisoned, fueled by Turkey’s “unprecedented crackdown” on media.

The census finds that at least 81 journalists in Turkey are in jail, “the highest number in any one country at a time — and every one of them faces anti-state charges.” The figures that Turkish journalism platforms provide are higher, as high as 150, including jailed reporters from a state-run public broadcasting company. Most of the journalists who are imprisoned in Turkey are accused of terrorist propaganda or alleged links to a failed coup on July 15.