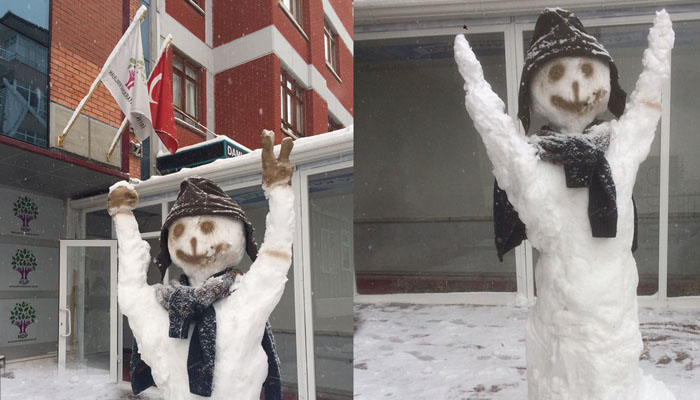 Police officers on duty in front of Peoples’ Democratic Party (HDP) headquarters in Ankara broke off the victory sign-bearing hands of a snowman that was made by HDP personnel.

According to a tweet shared on the HDP’s official Twitter account, two police officers who were on duty at HDP headquarters destroyed two snowmen made by HDP staff.

More than a dozen deputies and hundreds of local politicians from the HDP were detained following a police raid on HDP headquarters in Ankara on Nov. 4 as part of investigations that resulted in the detention of 11 HDP deputies including Co-chairs Figen Yüksekdağ and Selahattin Demirtaş.