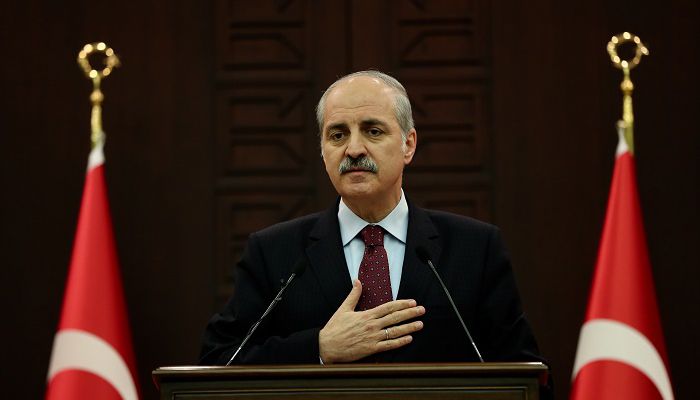 Deputy Prime Minister Numan Kurtulmuş at a press conference on Tuesday expressed discomfort with reports on an Islamic State in Iraq and Levant (ISIL) video that allegedly shows the burning alive of two Turkish soldiers and told journalists to watch their step.

After stating that Turkey has not yet confirmed that the soldiers were burned to death by ISIL, Kurtulmuş said the terrorist organization tries to create a sense of helplessness among people.”They want everyone to be scared of each other. Some people in the media should watch their step. Social media in particular is not an outlet for broadcasting irresponsibly,” Kurtulmuş said.

Following the release of the video, Turkey restricted access to the Internet as only a few media outlets had mentioned the story. Despite an urgent inquiry from the opposition, the Ministry of Defense only said that the authenticity of the video was being investigated. Defense Minister Fikri Işık merely confirmed that three soldiers were captives of ISIL.

In Turkey, currently there are at least 145 journalists behind bars. Crackdown against remaining few critical media and reporters are expected to follow as the pro-government social media users recently published list of names to be investigated.

Turkey shut down 195 media outlets since July 15 as part of the massive purge.

Last week, a court seized the assets of 54 journalists who are currently suspects in the investigation against the Zaman daily, which was shut down in 2016.