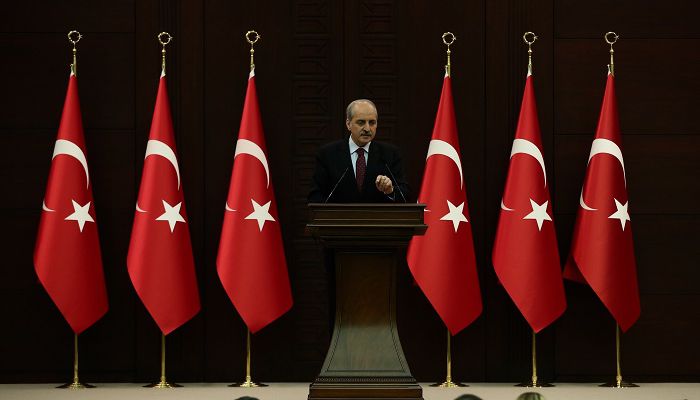 The first statement from the government regarding a video in which the Islamic State in Iraq and the Levant (ISIL) claimed to have burnt two Turkish soldiers alive was made by Deputy Prime Minister Numan Kurtulmuş when he said on Tuesday that there is no confirmed information on the issue.

Kurtulmuş also urged people to disseminate information on social media with care on such a sensitive topic.

The Turkish government has been silent since ISIL first released the video claiming to have burnt two Turkish soldiers to death,

Following the release of the video, Turkey restricted access to the Internet as only a few media outlets had mentioned the story. Despite an urgent inquiry from the opposition, the Ministry of Defense only said that the authenticity of the video was being investigated. Defense Minister Fikri Işık merely confirmed that three soldiers were captives of ISIL.

Meanwhile, Aydın Taş, the father of Sefer Taş, one of the two Turkish soldiers who were allegedly burned to death by ISIL terrorists after being taken hostage three weeks ago in the al-Bab region of northern Syria, said Turkish officials have not yet contacted them about his son.